Turn your Creeper Radar ON

This post is from the protective mama bear in me. I want you to review some safety rules with your children and keep an eye out for anyone that seems suspicious.  There have been two calls to KPD in the recent weeks of unknown males lurking around outside public school campuses.  One appeared to be a transient and approached a female student at Kirkland Junior High who was smart enough to run and tell. Then last week a red-headed male in his 30's was spotted in the woods behind Peter Kirk Elementary during school hours.  The police were unable to find the men after canvassing the area.  It could be nothing, but just in case, let's drink some extra coffee and pay close attention!

When I spoke to the KPD, they suggested this site as a good reference point for parents and students to get educated.  'Stranger Danger' is no longer the lingo-- sometimes offenders are not strangers.  Here's a link to a video my kids LOVE on personal safety but it's funny and explained at their level of understanding.  It's called Stranger Safety, and John Walsh (host of America's Most Wanted )  and Julie Clark (Baby Einstein creator) did a great job of putting it together.  If you see anything peculiar, call 911.  If you have any info relating to these previous incidents, non-emergency police is 425-587-3400. thx, j

Its like you CANNOT relax anywhere anytime anymore for the safety of your kids. A parent must always be on the alert and ever watchful of their kids. We also talked to our son regarding strangers. If anyone approaches him whom he doesn't know and asks him to go with that stranger, we told him to shout, cry at the top of his lungs or throw his biggest tantrum so we can be alerted. 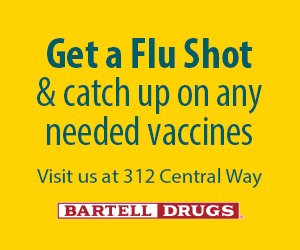