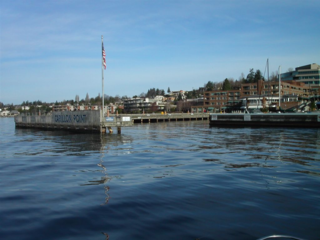 Kirkland citizens are raising concerns about the recent proposal that Carillon Point has submitted to the city requesting to operate sea planes from their dock.  This is open to public comment until June 20th.  Below is a letter submitted that summarizes the process and what to do if you would like to learn more or give your feedback on the proposal. You will also find a fact sheet provided by Carillon Point outlining their intent.

Last chance for input regarding seaplanes at Carillon Point!

Carillon Point has submitted a request to be allowed to operate seaplanes out of their dock. June 20 is the last chance to submit comments!

The service would include two planes docking along the guest pier of the Woodmark Hotel, offering 20-minute flights. The planes would operate from 9 a.m. to one hour before sunset, year-round. If the permit is approved, it could open the door for similar operations elsewhere in Kirkland.

After city planners complete their review process, there will be a public hearing. A hearing date has not yet been set, but will probably be in September, and will be in the evening.

Any residents or property owners who received notices from the city will be notified of the hearing, as well as anyone who sends written comments. Those who send written comments will also have the ability to appeal. The public notice signs, city notice board at City Hall, and City website will also be posted with the hearing date.

If you have concerns about noise or other impacts, it is urgent that you send them before June 20 at 5 pm. If seaplanes are allowed at Carillon Point, it would set a precedent for seaplanes to be allowed elsewhere on the lake.

Location:     Carillon Point Guest Pier, 7000 Carillon Point, Kirkland, WA 98033
Hours of Operation:     Seven days per week, 9am to 1 hour prior to sunset --- appointments via website with limited walk-on availability during summer evenings and weekends. Carillon Point is seeking permission to operate within these hours, however actual use will fluctuate depending on the time of year, weather and availability of the operator.
Flight Frequency:     Not more than one per hour --- the cycle of the flight procedure includes completion of paperwork, pre-flight check and approximate 25-minute sight-seeing tour.
Aircraft Specs:     Limited to Cessna 185F with a piston engine and 3 bladed Hartzell Propeller 1C160/DTM7557M (or similar). *** Please note, only one (1) plane would be present at any given time – this is not a proposal for a full-blown seaplane operation featuring larger, noisier aircraft similar to other seaplane operations on Lake Washington.
Operator:     Seaplane Scenics --- www.seaplanescenics.com
Noise:     The overall maximum sound produced by Seaplanes is ~75dB, which maximum sound is only produced during takeoff (a duration of approximately 20 seconds) which shall only take place over 1,000 feet from the shoreline.
By way of comparison, the sound produced by existing motorboat and jet ski traffic on Lake Washington can fluctuate between 65-110dB for the entire duration of travel time on the lake.
As part of the proposed operation, it is estimated that during the busy season (Apr-Sept) Seaplane Scenics will only produce a total of 18 minutes of maximum sound per week (equivalent to 74 minutes per month). During the off season (Oct-Mar) only intermittent flights will be scheduled.
Impacts: As part of the permitting process a qualified, third-party Wildlife Habitat Assessment was prepared and submitted to the City of Kirkland. This assessment concluded the following: 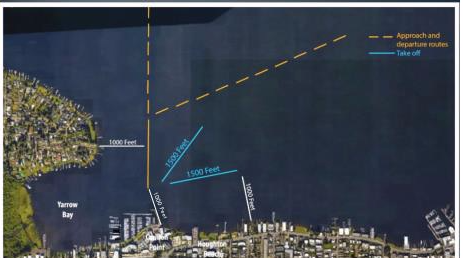