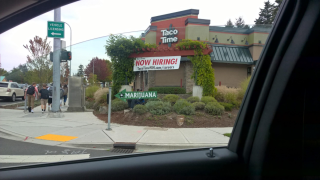 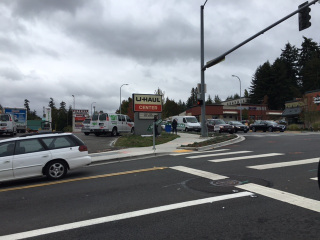 Hopefully I don't sound like an old nelly here, but I'm a bit troubled by the street dancers with  "Marijuana" signs on 85th St.  I believe they are promoting the new pot shop near Costco.  I know, we voted in support of legalizing marijuana for the 21+ crowd, but who's the genius that didn't realize that Lake Washington High School is a block away, swarming with almost 1500 teenagers that are fighting constant peer pressure and poor judgment?  There are often 2 sign-slingers at a time in front of the U-Haul, which happens to be the closest major intersection to the school.  It's also where Taco Time resides, a hotspot for teens to grab a quick cheap bite to eat.

Are they allowed to do that? It's just feels bad to me.  Makes me uneasy.....kinda like bringing a cat on a boat.  Or a personal injury lawyer chasing an ambulance.  I guess you can? But something is very wrong. It's really poor judgement and I won't feel better no matter how much  you try to convince me.

Anyone doing something about this??

You don't give teenagers much credit. Do you really think some dropout dancing with a sign on the side of the road is going to make them do drugs? Seriously?

Cannabis is big business. In Washington state, every day $4.5 million dollars of retail cannabis is sold. FY 2016 sales were just short of one billion dollars. Just look it up on the LCB website.

Behind this money is a powerful lobby. The Washington voters opened the door, and this is the result. It may masquerade as a "grassroots" personal freedom movement, but follow the cash and don't be fooled. Even the Kirkland city council has caved and voted to reduce buffer between daycare and retail cannabis stores from 1000 to 100 feet. Thanks Toby Nixon.

BTW, there have been the sign twirlers, guys in the cartoon marijuana leaf costume, and cannabis billboards on 124th street for more than a year now.

You're welcome. However, I'm not sure what you meant by "caved". Are you insinuating that the council's decision had something to do with money? It wasn't, not at all. It's about trying to eliminate the criminal black market in marijuana by fulfilling the vote of the people to make marijuana available safely and legally. Marijuana is a legal product, much safer than alcohol, and should be available at retail to adults with no more difficulty than they can obtain alcohol. Far more societal harm has been done by marijuana prohibition than has ever been done by marijuana itself. You're entitled to disagree and to believe whatever nonsensical conspiracy theories you want to, but don't make up things about a financial motivation where none exists. It's about liberty.

And with regard to these signs, please be aware that the Planning Commission is reviewing the Kirkland sign regulations right now, preparing recommendations to go to the council. I encourage you to send them your concerns, and the council as well. Personally, I think these dancing sign wavers are quite distracting and dangerously draw driver attention, whether it's about marijuana or mattresses or car washes or whatever. We don't allow mechanical moving signs or signs with flashing lights in Kirkland in order to avoid driver distraction, and perhaps we should limit this type of distracting sign-waving, too. But the First Amendment would likely limit the city's ability to regulate people standing in public spaces holding signs, regardless of content.

The only upside to this? Good reminder for the high schoolers to stay in school; otherwise you may become a pot sign twirler.

Fact check, you say "didn't realize that Lake Washington High School is a block away,"

Who do we voice our concerns to?

Why are you all attacking the author for raising a great point - that this is an inappropriate place for marijuana to be advertised, regardless of current regulations. Toby Nixon you can do something about this. Unfortunately since you decided to reduce the distance to 100 feet from a school from 600 feet, it's unlikely this will happen. Your argument that it's to prevent the criminal element doesn't fly - you can prevent the criminal element by having legal sales 600 feet away from schools and not 100 feet. That just makes it easier for 18 year old high school students to buy pot and smoke it at lunch. An ignorant decision - and not sure what motivated it. We elect you on City Council to protect our kids. You won't be getting my vote. Mother of three, attorney and Kirkland resident since 1977.

While it seems that the store itself is located far enough from the school, doesn't going half way closer with a sign defeat the (unfree) purpose of being a particular distance away? Commercial speech can be limited and is limited all the time despite the incongruous law that suggests corporations are people and the first amendment prohibits laws thwarting free speech.

Presumably old government lies and propaganda are hard to shake as those who are concerned about this still don't mind that there are liquor stores, taverns and the Safeway all selling alcohol on 85th, with the latter not even being 21 and older.

For me, I'm not particularly concerned as they are far more likely to experience or learn about marijuana in school, from friends, via their music and related entertainment and online. But there's also a vape store, a tattoo parlor, medium/taro card reader and several churches, and I'd be more concerned with them getting mixed up in those, or even eating at Taco Time.

I understand your concern about the sign guys out there but I don't think it's much different than any alcohol commercial that makes drinking seem like an awesome party.

Many of you have asked where you can email your concerns. Send a note to your City Council Members: council@kirklandwa.gov
and/or attend council's meeting next Tuesday where they will be reviewing/updating the sign codes.

Sorry, Joan, but you're wrong about the buffer change. The buffer was reduced around day care centers only. The buffer continues to be 1000 feet around schools. Lake Washington High is 1500 feet away from this corner, and a full half-mile from the actual store, far more than the buffer. And the stores will lose their license if they sell to anyone under 21, so they're very careful to check ID on all customers. The kids can get all the pot they want from friends on campus -- they will not being going to legal retail stores. You're welcome to vote for someone else if you like their positions on the issues better -- I have always been 100% up-front and public about my position on this one.

Sign waving in general competes with other pedestrian safety devices (flags, flashing lights, etc. for a driver's attention. It only takes one moment for a teenager to step off a curb or cross late in a crosswalk while a driver's attention is on the sign waver for tragedy to occur. I wonder if there is compromise here. Perhaps sign waving should be restricted on walk to school routes or during peak walk to school hours on particularly dangerous intersections such as 85th near LW or on Market and 18th. Sign waving could still happen in the middle of the block. This way you preserve freedom of speech, but do not compromise pedestrian safety. I am not allowed to wave signs in the middle of the median or on the road itself for the same reason--right? 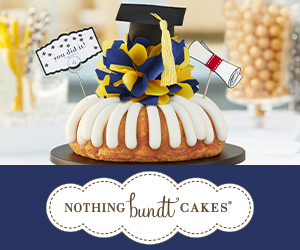