Home Archives About Subscribe
Fire Breaks Out at Brown Bag Cafe
Totem Lake- can you feel it? Everyone is talking about it.  You've probably heard the chatter around town about the potential land use and zoning changes being considered at the Houghton Everest Neighborhood Center.  That's the fancy name for the big intersection at 6th and NE 68th St where you'll find Met Market and PCC. There's a public hearing tonight (Thursday 3/23) at City Hall 6-7 Open House, 7pm is the open hearing. There are three scenarios being considered which are the 'Preservation', 'Moderate Change', and 'Greater Change' options.  There are already plenty of citizen concerns around traffic/congestion, schools that are already maxed out, the impact on the Cross Kirkland Trail, and also how the combination of development here would fare with the Kirkland Urban project that is still underway just down the street.

Get up to speed here and if you have feedback, get involved!

PS- Speaking of traffic, there's an "Eastside March for Justice" this Sat 3/25 going from Houghton Beach Park (9:30) to Marina Park (speakers until 1pm). So if you're not participating you may want to sleep in or drive the long way around. :-) 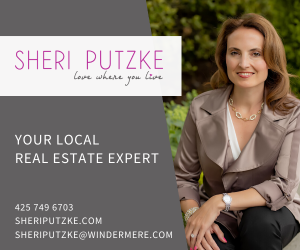